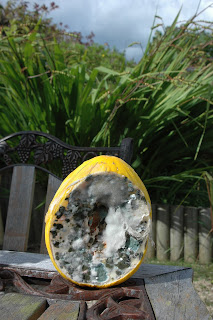 Poetry changes nothing? Or. Poetry? Nothing changes! Something must come from something. Nothing comes from nothing. Let us do something at least. The world is rotten the world is a beautiful fruit, we can at least choose to care or rage or make mistakes. Fail then fail better.

Well done PF for setting such an intriguing task and thanks too to the stout warriors of poetry that stood against them (words) and sent them heaven-ward to think again.You is all magnifico, be tall be proud be strong if a little flatulent but above all BE A BUS POET. You know it makes sense, even though it's nonsensical.

We will not try to change the world,not one hair on it's head, we would not be so presumptious, but we will travel the world and sing our song of hope or despair in an effort to change ourselves.

Many thank-yous too, PF, for the trip and the lovely buisciteens.She (PF) , her job dutifuly, beautifully done, hands over th magic starting handle to 'Don't cry for me, Argentino' Who not only writes but sings too! Will this effect /influence the task ahead? Only time will william tell. Her blog is rather magnificently called 'Delusions of Adequacy' one of the few delusions not to have infiltrated my deluded existence.See her blog here.. DOA DOA ? Dead on arrival.That could be my next poem. Go for it Arent, the world awaits. (No pressure!)

In other worlds this and that but nothing much and nothing much happpens and no matter how much does actually happen, even when it's loads, nothing ever changes. Does it?

Anybody remember Del Amitri?
Posted by Totalfeckineejit at 6:18 PM

Hmm. where are you exactly? David Byrne said "Heaven is a place where nothing, Nothing ever changes".

What came first, the melon or the post? I can't believe you just had it hanging around...

I heard them while on holiday in Scotland back in '89 and I bought a cassette of theirs. I thought they were quite good. (Can't remember the song I liked though, but if I heard it again...)

I have the starting handle and when I've hoovered up all the biscuit crumbs and filled up, she'll be ready for another bus-ride. Watch this space. (aah, now you're just showin' off with the clicky things, aren't ye?)

Wow, what an introspective song...and someone actually plays a real accordian! :)

And isn't that amazing that you used the term, 'Purpley' in today's subject entry. I was just discussing the power of the violet fire with another colleague! Amazing!

Great post, TFE, I like the speed of your speech. It´s funny, I can´t tell if I remember Dei Amitry (their sound is sort of so familiar to me) or I´ve just heard. Perhaps it´s just that I´d never seen them, but "just" or "only" heard the songs. Eyes closed.

Tnx for the drive - really enjoyed it. I used to love that song - it stands up well to twenty years of not being listened to.

You have had a good old philosophical muse today.

The bus is standing in the depot, ready for inspection.

life seems to be a zero-sum equation! -J

And ArtSparker - you have excellent taste in music. That's one of my favourite songs

PBP
with apologies to John Lennon