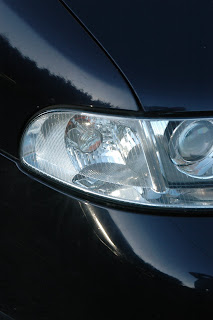 Have struggled to upload photos for ages, so gave up.Occasionally couldn't access my blog at all, now I can almost never access it.Is this a conspiracy? Has anyone else had trouble accessing my blog or is it only meself that is banned from looking at me own feckin blog? Ad If I can't look at mine I can't look at yours cos that's where the links are.Fuck and feckity! Pissed and offity.

NCT. Did they say the paintwork was a shade too blue? Were the tyres too roundy looking? Was the dust on the dasboard hazardous beyond safety limits? Did the car have too many doors/not enough doors? Was the petrol tooo smelly, not smelly enough? Was the car lacking in personality to such a degree as to be unroadworthy? Was the washerbottle filled with the wrong type of water, should it have been Evian?Was the engine oil too oily, the wiper blades too rubbery, the radio tuned to the wrong station?

I'm pleased to say the answer to all the above is fuck Off! Sorry, I mean, no! The car passed and I nearly passed out in surprise. Thanks for all positive thoughts and good wishes, they clearly made a difference.

Grant application had to be in by 5pm on Friday. At 4.37 pm I was still wrestling with a complicated (to me) photocopy machine on the other side of town.Everything had to be done in triplicate, meh! Job done, I drove like a loon in my newly NCT'd motor vehicle to within 300 yds of the Arse office only to be blocked from turning right by a 09 Range Rover taking up residence in THE YELLOW BOX. Rush hour traffic was literally gridlocked so I pulled in as best I could and legged it to the county buildings.I haven't run in 17 years and and nearly puked my ring with the exertion. The application was accepted and date/time stamped at 4.53 pm. I could have had a coffee and still made it on time.

Walking slowly back to the car I noticed that the errant Range Rover was nowhere to be seen but traffic was still partially blocked and fuming due to a newly NCT'd blue car stuck half in, half off the road.Among the swearing irate motorists was one who actually unbelievably asked me as I got back to the car 'What kind of fucking EEjit are you anyway?' I was going to say 'Total' but I just apologised and got back in.

Many thanks to Brigid http://sortofwriting.blogspot.com/2010/03/thanks-to-ann-at-inkpots-n-quills-for.html for a beautiful blogger award.I is indeed beautiful, so it's well deserved.
I have to list seven interesting things bout myself

1) I have one leg slightly longer than the other

2) I also have one leg slightly shorter than the other

3) I have never won an olympic medal

4) I was the first Irishman on the moon (unrecorded)

5) My middle name is Mary

6) I still have all my own teeth

7) but I keep them in a shoebox under the stairs


I pass this award on to each and every two of you dear readers. Pip pip!
Posted by Totalfeckineejit at 8:57 PM

Congrats on passing the NCT, EEj. And congrats on getting the application in the Arse people in such a timely and dramatic way. We've been able to get to your blog OK, if it's any comfort to ye (which it's not).

But you did make the post office on time, despite never having won an Olympic medal! I've not had any problem accessing the blog, fwiw.

Dear TFE, sometimes it happens to me that when trying to read your wonderfulfullofwonder posts... I just can´t, my internet program simply crashes and I have to re-start again. Strange phenomenon. Of course I stubbornly re-start as many times as necessary, ´cause that words´universe you master is worth indeed. Cheers!

What an excitement. More interesting than just kissing the envelope and posting it...

As the fog clears to make way for a beautiful Easter Morn here in beautiful Connecticut, I extend my congratulations to the newly awarded Beautiful Blogger, _ Mary Totalfeckineejit! ; )

And, as a new recipient of the beautiful NCT certification, you honor me with your reading of this humble comment!

This really cheered me up Peadar - thanks. So glad your car passed it's test. Blogger has a mind of it's own whatever computer technicians may tell us. A few days ago I lost all the pictures from my posts and the sidebar bit. It does just as it likes and I have to wait for it to be normal again. Hope yours recovers soon and thankyou for your lovely comment on my blog.

Congrats on getting the forms in on time, and for the amazing self restraint when faced with irate motorists, I laughed so hard reading this.
interestingly I have one foot wider than the other and one narrower than the other, all the best people are odd shapes I find:-)
thanks for sharing
cfm

That's a charming turn of phrase I haven't heard in a long time; "almost puked my ring".. :-)
the triplicate thingy is a fecker isn't it! luckily we've a scanner, but that was awful enough.. If the watercats get funding after the half arsed attempt at trying to blag a professional business thing, I'll die of fright!.. still...you never know! I'm sending great thoughts to the powers that be so the poetry bus may live! :-D

You had me almost out of breath running with you there eej! Congrats on the car passing its test - it must have picked up your positive vibes.
I was unable to get on to blogger one day this week, but so far that was only a little blip.
Happy Easter to you and Mrs Eej.

Congrats on the grant application, when you get it I'll buy you that coffee.
I don't believe 4). No one has been to the moon.
from a lover of conspiracy theories.