What's the word on the street, EEjit? 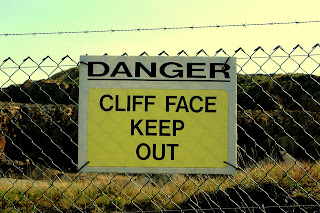 The word on the street ,Earthlings is frangipani. Don't ask me why, it's just one of those things.

Elsewhere in the world this Friday's guest to the Castle, Nuala Ní Chonchúir, has been shortlisted for the Willesden Herald Short Story Competition http://womenrulewriter.blogspot.com/

Everything she touches turns to gold so I'll be showing her my overdraft and credit card(shredded card?) when she comes to The Castle.

There's a masssive party happening here on Friday. (See previous posts for details)
First Nuala will be tormented by 3 potentially life altering questions then we will be tearing (or tootling, as is yer want) across the beawthifull Wickler countryside in our RED CARS for a picnic up in the wilds. It'll be all cucumber sandwiches, crack cocaine, poteen and Werther's Originals.

We will have entertainmet, we want entertainment, we want you, YES YOU! to post a poem without ,or preferably with ,the words RED CAR in it.We want you tube shenanigans of yourself reading yer poem or singing a song,it's hooley time get up and shake yer groove thang, clack your maracas, get up by getting down.

Turn up in a RED CAR as exotic or prosaic as you like. I'll be burning rubber(I've a strange prediliction for singed elastic)
in my hot red red hot McLaren F1.

Bring any guest you like.Liz is bringing Johnny Depp, Weaver is bringing Christy Moore(no better man, we'll be expecting a song or two from him)
Star guest Nuala will be looking cool in her Mini Cooper despite bringing Cliff Richard. (See warning sign at top of post)

Einstein and his double, Zweistein, have fixed the Poetry Bus and we want you aboard regardless of age ,sex, size ,orientation, or colour.Even Kilkenny hurlers/ Liverpool fans are welcome. The bus is back and will be travelling each and every Monday from now on in, except next Monday cos we're going to Aldi. So it's actually travelling this Friday instead. We want yer poems now!

Niamh (Espresso to go) Bagnell, radio star/writer/performance poet,has hers up already, so come on! http://variouscushions.blogspot.com/2010/01/i-cant-be-waiting-till-friday-monday.html

Dom (Rip it up)Rivron's roaring and rearing to go!
http://dominicrivron.blogspot.com/2010/01/red-car.html

Swiss( There's nothing cheesy about me) er, Swiss http://travelsinthefloatingelvis.blogspot.com/2010/01/tfes-red-bus-poem.html
(

Shh! It's a secret) Karen
http://keepingsecrets-karen.blogspot.com/2010/01/red-car.html

Willow's got the bug
http://willowmanor.blogspot.com/2010/01/red-car.html

(Blast from the past )Pure Fiction
http://fictionalfictionwriter.blogspot.com/2010/01/red-car.html
(

Where would we be without) Rachel Fox
Not only a written poem
http://crowd-pleasers.blogspot.com/2010/01/anti-phallic.html
but also our first entertainer! Yippeee!
http://www.youtube.com/watch?v=25PnlL5_EQI

But from now on there will be no stopping THe POetry Bus.Poems every Monday and a printed magazine of the best poems 3 possibly 4 times per year. You KNOW it makes sense VOTE BUS!
In the meantime, see what all the fuss is about

Portrait of the Artist with a Red Car it's a great book buy it here.... http://www.templarpoetry.co.uk/publications/protrait-of-the-artist-with-a-red-car.html

Or win a signed copy (two to be won) posted to anywhere on the globe with a letterbox, by posting a comment in me comments box for to be entered into a giant Tombola lottery draw type thing.Try and put RED CAR in yer comment but I know a lot of ye can't manage that, so I'll figures out if ye want in.

Live long and prosper, people of Earth.
Posted by Totalfeckineejit at 8:17 PM

I started my RED CAR poem yesterday but deleted it after a few lines of pure untreated shite. I'm not to be deterred though. The RED CAR will be coming your way soon.

Re bus back: good man!

So glad da bus is back! I've done a Red Car pome. You can see it here. Have a great Friday!!!

Will post la poeme de l'automobile rouge on Friday, TiFfE! I'm still waiting for my students to comment on the interview.... Don't want to confuse them. ; )

So I take it I can stop lighting candles now?

Happy news on the poetry bus front, TFE...memories of my first car - red panda called 'Rivet' bubbling over...not sure if poetic sense can prevail though...specially since I've got that tune about 'If I had a hammer...' doing my head in...¡socorro!

*claps hands together and gets mean....
I've agreed to take on so many challenges this week (well, two)..
Red car it is... I love dis bus millarkey!
hahahahah.. word verification is bummings

I've got mine here:

You truly are a wonderous sight.

Give that grumpy old fucker in his Rover an awful fright.

Singed elastic? Umm - I worry about you sometimes! It's going to be great - how could we miss it. I'll see you there on Friday.

Okay, Eej, my Red Car is posted. Safe me a seat on the bus!!

I have faith in you seargant Argent.

See I was right!

bummings? Not quite sure what to make of that, Uiscekateens,though it does rhyme with hummings, maybe the's a toon in there somewhere but I can't be arsed.

Listen,there's only room for one poet in this castle Mrs.EEjit.

Maybe it should be you!?

You couldn't be as worried about me as I am Heather.See you Friday, hooray!

your seat is reserved Willow ,hop aboard!

I want in. RED CAR. Snowed in/under/over/upside down with work, but I'm gonna try and be there by Friday.

But I am excited TFE! What you have to understand is I can only write pomes when the poetry bus is in town. Its return is to be celebrated.