THE ALL NEW NANU BUS! 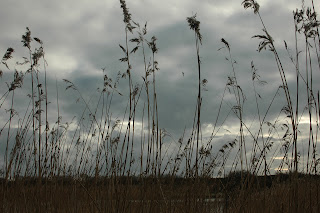 Hello world. This week the bus heads to France which is near Europe to the home of NanU.
Her task is to be found HERE

Nanu is a multi millionaire who made her fortune from her numerous patented inventions including the reversible fleece jacket, the reversible car and the reversible decision, the latter being very popular with referees and married couples.

There was the self-winding clock, the self-walking dog and the self-punching boxer-all very poular in their time.Self-punching boxing is set to make a comeback as an Olympic sport. It's long been thought that boxers, although in roughly the same weight groups, are rarely evenly and fairly matched. As self-punching boxers only ever fight themselves it is a perfectly fair fight.It's also environmentally sound as only one pair of gloves, one stool,one gumshield etc are needed.

Not such a great success was the solar powered solar system and the tiny individual helicopter that never really took off.A big success was her remote remote. You know how annoying it can be when you're lazing comfortably feet up on the sofa watching 'Hart to Hart' and you want to switch channels when the ads are on but the TV remote is out of reach on the armchair? Well with NanU's 'Remote TV remote' you could operate the remote with out having to go and get it.Brilliant. Her follow up for the 'Remote Tv remote' was the 'Remote, Remote Tv remote' which outsold all previous models.

Fed up of losing teaspoons NanU designed and produced the first invisible teaspoon that was impossible to lose as you could never find it.

She invented a new recipe for Carling Black label lager that actually tasted nice, not like horse widdle, but it didn't catch on with the asbestos palettes of the Carling clientelle.This despite the added bonus side effect of reducing the length of the Carling drinkers arms so that their knuckles didn't scrape the ground.

She also made a lot of money from second -hand and recycled holes of various sizes. Very popular were her very small holes that she got for free from sweet giants Rowntrees who have millions of holes from their polo range of mints. She has larger holes from roads under repair and a giant one, in fact the worlds biggest hole (after Slough)taken from the ozone layer.

But right now she has invented a briliant prompt for the Poetry Bus , so get ye gone to her blog, pronto!
Posted by Totalfeckineejit at 11:02 PM

Someone should publish these potty biographies Peadar, they make very entertaining reading. I am completely devoid of all inspiration but will nip over and see what Nanu has in mind for us this week.

Once again the insight that these biography's give us into the character, the personality, the very soul of the driver is a huge and humbling experience every single week.