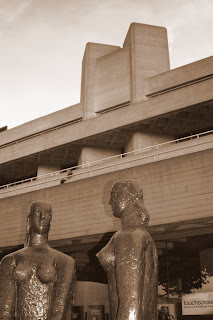 Tis bus time encore, le premiere bus de la nouveau yearo. We are human turkeys stuffed with mince pies and booze so I'm getting jeanne to go past the bus stops to make us jog a bit and burn off a few calories.

Many thanks to Muse Swings for last weeks driving and to all who got aboard. Not sure that I've read them all yet as I've been too busy shoving food into my face and trying to drown in a vat of drink.

But that was last year, now i will be a lean mean fighting writing machine no food, no booze, no clothes, no breathing.

And to kick off the new year who better than Jeanne Iris Lakatos of Connecticut in Americaland.
A seasoned naturist Jeanne owns and runs Connecticuts oldest naturist grocery store and chapel. Licensed to sell vegetables and conduct naturist weddings Jeanne performs the sales and the ceremonies herself. I went along to one a few years ago with a relative that was getting married, some of the guests and the grooms brother were very late and I came within an inch of being The Best Man.

When not working in the store Jeanne likes to indulge in her passion for Inuit throat singing which she performs with a local Inuit skiffle group call the 'Igloo highwaymen' She learned the ancient art on a naturist expedition to the North Pole where she met an old woman who used create incredible music using just her vocal chords and the arse of a (dead) polar bear as a resonator.
Blessed with an inherant cosmic talent for communicating with birds of all kinds Jeanne is an ex (six time) world champion competitive duck herder. She has also successfully talked three armed gangster Magpies out of a hostage situation with a rich sparrow.

So there you have it. It's the Nude year, so get yer kit off , get over to Jeanne's place and write a poem. I bet you've never written one in the nip/starkers/birthdaysuited/butt naked, before.

Into 2011 and Still (the best but) the worst run blog prompt in the universe. Never fear peeps,You can rely on me to be unreliable.
Posted by Totalfeckineejit at 6:09 PM

Mine's up, but it's a bit buried in some other stuff.

Why thank you, TFE. Your expert research has been hard at work again, gathering facts on the Poetry Bus drivers. Ah yes, the sparrow incident, I remember it well. It was the oven bird of Robert Frost, another New England naturist, that really tipped me off, though. Gotta give credit where credit is due.

There have been over 700 visits to the site in the past 24 hours. A record! Looking forward to reading your contribution, oh fearless leader!

wv: panowl: a nocturnal bird that advises the lost boys of Neverland.

Happy Nude Year? I'll wait till the weather warms up before I start celebrating if that's OK, and then I'll have to hide behind something quite large!!

never knew Jeanne had so many strings to her bow!

If you knew how cold it was here in Yorkshire you would not suggest that last bit!

No muse-inspiration since I was ill, so no contribution to the poetry bus - do hope it comes back.