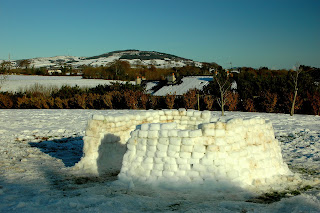 Yes folks, it's the pottery bus here again, regular as a bran addicts bowels. This weeks driver is canine extraordinaire Titus The Wonder Dog (AKA JoAnne McKay) but first many thanks to last weeks drivelo,Kat Mortensen (AKA Kat Mortensen) and all the brillo poety passenglers what boarded in such good spirit, skill and style. Pat yourselves on the back!

What can I say about Titus? Truth is often stranger (more unbelievable/extraordinary) than fiction, but I'll stick to fiction. Titus is a dog , but also a woman, but never at the same time. It all started when Titus was abandoned as a pup and picked up by mad scientists who were experimenting with DNA , bubblegum, elastic bands and matter transportation.
JoAnne, a fiesty police woman was trying to shut down their operation as it had criminal intent (beaming small dogs into bank vaults to steal money)
One day she broke into their secret lab but unwittingly hid in one of the transmissioin booths just as Titus the dog was being teleported, their DNA was irrevocably mixed in a Jekyl and Hyde , Woman and Dog,Ying and Yang, Starsky and Hutch, Salt and Vinegar,configuration.
One moment we have Titus the dog, the next it is suddenly JoAnne the woman. Which can be particularly embarrassing when Titus is doing his duty with the local poodle... Either which way they cope and thrive with their new duality.

JoAnne at first thought the process could be reversed but she was barking up the wrong tree, not realising the advantages of being a part time canine, ie. Lots of lovely long walks, sleeping in front of the fire, biting the vicar and widdling on the postmans trouser legs.

As a dog Titus has won Crufts best in show three years running, appeared in several TV ads and done a lot of charity work to buy cigarettes for retired lab test Beagles. As a woman JoAnne was the first person to swim the atlantic using Doggy paddle, she won who wants to be a millionaire on the quiz machine on the prom at Llandudno, entered local politics in 1999 and narrowly missed winning the seat for Barking in the 2002 North London bi-election. She also writes poetry, but it isn't doggerel.

I'm sure you are all straining at the leash, so get thee gone over to their blog HERE and see what the feck we are doing on the next bus in the cosmosphere! Good luck, and there will be plenty of food and drink on the bus , too much in fact, so bring a doggy bag. Don't sit on the back seat if you feel a bit ruff. I'll keep hounding you till you write a poem, so get on with it!

Posted by Totalfeckineejit at 9:40 PM

Oh, I'm filled with tremendous anticipation, TFE! Whether she be dog or lady, she's a grand one, our JoAnne/Titus.
Kat and Dog - you scheduled it just so you could say that, didn't ya?

How have I never seen that Kate Bush video? I love that album!

Heading over to the dog-lady's blog now...

The Titus link isn't working for me, Peadar. Can you check it again?

The authorised-ish biography! And lovely, brilliant, Kate!
How good can you get?

A brilliant summary of Titus's journey to date, TFE - you brightened up a slushy Friday no end for me!

Before I nip over to Titus can I just say that I want to warm my feet in that hearth in your header - then I remembered how those sort of fires burn the fronts of your legs while the backs freeze from the draught under the door. Looks so cosy though.

Peadar, I just love your creative introductory biographies!
You made my day. Thank you! xo