As Beckett said, I can't go on, fuck it, I'll go on. Or something like that. 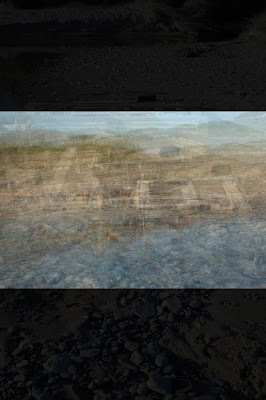 The thing with , oh Jaysis, the awful thing and then sometimes the good thing is that I can't always differentiate, between them, whatever they are..  The trouble with not drinking is that you are sober. Who the hell wants to be sober? Sober as a judge, is that irony, satire, or an oxymoron? What terrible decisions might you make with all your faculties intact? Sober is only an M short of sombre. I don't want sombre, I want sombrero, I want Tequila, I want dancing girls and ready salted Hoola Hoops, I want the future to be an unpredictable present, in both senses.Gift/cadeaux and 'present' moment, the now.Life is a gift a present, but there's only a future that becomes a past. The now is the only future we have.'Now', as soon as we say 'now' it is the past, but it's the creation of the future, there is no now in the present moment, the present moment is only ever the future just about to happen and as soon as it happens it bypasses the now into the past. Live long , prosper and never trust a hippie, a politician, or a poet.

Posted by Totalfeckineejit at 1:40 AM

Oh TFE wonderful to have you back - DO keep it up. Fantastic piece of writing today too.

Thank you Weaver, if feels good to be home! Thank you for visiting,it's really great to see you!

Morning Growler. To see a world in a grain of sand... said...

Very funny quote from Beckett. Only found your blog today, love it!

Thank you Morning Growler and welcome!