TheProf Bus! THe Prof Bus! What profit us? 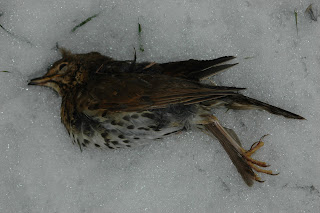 Under the cosh, under the weather.I've gone for the minty tulip without the mint or the two lips, that pursed together and blew.You know how to blow the whistle don't ya? Just put the fuse wire together and BLOW!

Intermittent internet connection, I feel a general objection in the direction of the woirld.Every poem has an equal and opposite (perhaps more apposite) anti-poem.

We are sheep and we are lambs to the slaughter , whichever way we are hung, sheep /lamb/rope/dope soap on a rope, hope on a thin blue vein line we cross so thin you hardly see it till the knife is in your back or the bullet is in your belly. KIll, don't kill, kill /be killed, read all about it/don't read all about it, duck your head/ bury your head/ blow your head or their head clean off, like a football at christmas, punish them for playing football instead of killing, double think, reverse psychology, invert good.

Set up a think tank, a depth charge, an atom bomb for hearts and minds, bodies and souls, death and destruction,everything is fair in love with war.

The smiling assasin, better the devil you didn't know.Tippler, tout, beggerman thief, rich man poor man, Omar sharif, Tim Finegan lived in Walker Street, an Irish gentleman mighty odd, he had a brogue both rich and sweet, and to rise in the world he carried a hod.

Blew his brains out in a blanket on the southside, waiting for the bus, for a gravy train of thought, his ship that passed in the fright to come in to the parlour.He thunk, he thiddled ,he widdled de dee, over the Liffey to the banks of the lovely Lee.

And so say all of us, so say we, so says me, the dot in the infinite that we all boil down to.Do you see the dark, can you see IN the dark?

It's so cold there in the dark, alone, no windmills to rage at , no moon to howl at, only your memory for company your heart to eat.
So Poets of the world of the dark, eat your hearts out!!!

WAR, huh!What is it good for? Absolutely nothing!Say it again!

What is it good for?

We blew a small boy to pieces
they stitched him back together again
all the Queens surgeons
and all the Presidents men
told humpty dumpty to be grateful
that his mom and dad could vote,
if they were still alive.

Who is the real enemy?
Who holds the absolute power?
Absolute absolution,
Emperors in their new war clothes
Should we kill them, or,
Forgive them, though they know well what they do?
Maybe we should just say
NO, no more, fuck you!
Posted by Totalfeckineejit at 8:56 PM

Fantastical passion and rage, love it! I'll have whatever you've been having it if leads to such red-blodded stuff.

Wow - this is VERY powerful! Seems timely too with the Hiroshima & Nagasaki anniversaries...

Absolutely nothing is absolutely right.

I don't have anything to add except Amen. Oh, and not with a whimper, but a bang.

So this is what happens when you drink a mint julep iced tea? What kind of bourbon did you use?

Powerful stuff - especially the first two stanzas. Bit like Adrian Mitchell but without the "Englishness", I thought.

put me down for september 20th then :)

My God what a poem this should be sent to all theheads of state perhaps poetyr might get thoruhg where other conventionalities have not.
Hard, cutting, brutal but a must read

Oh I remember I never use to get the whistle in first go n I had to practice a lot to get it straight!

Wow...i liked the background you created for the poem...Very very powerful!
"We blew a small boy to pieces
they stitched him back together again..." was one splendid line...

Fuck them indeed!
Powerful stuff, Total. Intense, zooming along, dark but colored with bits sticking out. Not your quiet Tuesday afternoon read.

Something about this poem and the work leading up to it made me think of May 4, 1970, when four students were shot and killed by National Guardsmen at Kent State University in Ohio during an anti-war demonstration. Maybe it was the lines
"We fought (apparently)
For liberty
I stuck a bullet
In another man’s throat
To give him freedom of speech"
That's how Jeff Miller died at Kent, in the mouth actually, captured in the famous photo of him bleeding out on the asphalt.
Freedom of speech is so so precious. It can't be killed as long as people speak out. Thanks for speaking out.

This is very powerful Total..I'm sorry that I can't help thinking back to the 30 years of conflict in my birth country. I felt such anger...but what can one "one" do? How to take those angry thoughts however true they are and change something. Aye...that's the rub!!

This is bringing to mind the line from an old Firesign Theater recording, in which the lines of "Yankee Doodle Dandy" are altered to be about Hitler...

Stuck a funeral in his hat
And called it Schicklgruber

I want to say what everybody else did. Again.
It's the passion I really love.

blimey christ alive!.. I think is one my favourites from eejit plains...love everything about this!