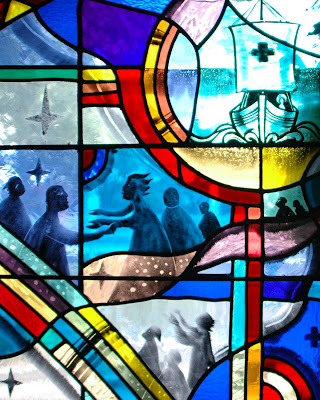 Well , that was a smorgesbord of death and delight! People eaten by cows, scattered among the dirt or lifted high in a soapy bubble and every possible imagining in-between. Thanks a million for all your poems, they were as varied as they were wonderful .The best/ most response ever I think.I used the word 'interesting' and 'different' a lot in the comments.Perhaps this is because we were dealing with the unknown , an ethereal intangible journey, one that can only be guessed at yet one that every single one of us must face.


Sometimes I think, well there's feck all you can do about it, so forget it. Other times I think it's the most enormous elephant sitting in the room and we really should look at it.
I didn't come up with a poem as I had to drive this week. Richard Nixon was booked and paid but didn't show (Busgate?) so instead here is an apposite song by Johnny Flynn. Pip pip!
http://www.youtube.com/watch?v=H23fWzTl9Ow
Posted by Totalfeckineejit at 11:57 PM

It was, indeed, a magical, mystery tour this week.
Great driving.

thought of this song too - with the theme - brilliant prompt

I don't know that singer at all. Really enjoyed the song though.
Cheers.

And it was a good week. Some very powerful ideas and poems you set in motion. Very exciting! Give yourself a huge pat on the back (or something).

feckin hell!.. that lad is brilliant!.. is he another thing we have failed to notice?.... damn the world and everything they know!... (the johnny fella I mean!)
cheers for a great challenge this week mr eejit, it was a strange and marvellous trip... :-D

Sorry I missed the bus TFE - it was Life that swept in and carried me off and fortunately not Death. Could it also have been that I subconsciously opted out of such a big and challenging subject?! I love the stained glass image on this post.

Took that Pat off me back Foxo, he was too heavy.

Thanks UisceKateenz, think the kid is good ? Wait till ye see the Reverend Peyton!

Heather, I forgive you and sure there's a bus every week!