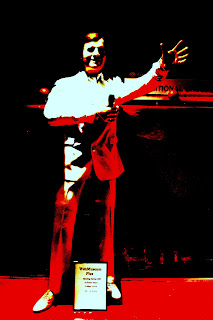 Especially on a Corfu beach.

The right answer as guessed by Weaver ,Beedlemama, argent and almost by Domestic Oubliette who changed her mind at the last minute, is No 10. My real age is NOT 48. All the rest are true.

1) TRUE...... I put a 4 inch scar on my left arm to be cool and impress Miss EEjit. I'm not and it didn't.It also gained me the unfortunate nickname of ' Action Man ' for a while as the boys toy had exactly the same scar. Doh!

2)TRUE..... Carling Black Label tastes like cat's wee.I tried it once (carling, not cats wee) and haven't been desperate enough in it's company to try it again. (Luckily there has always been harpic or domestos available.)

3) All TRUE but I hated Rugby, scared shitless of being tackled I scored a try every time I got the ball.

4) TRUE... Love is a temporary madness, you have to stretch it out.

6) TRUE.. attacked by skinheads at least once, you don't always get time to quiz the assailant, sometimes (this time) you are sure( no 1 haircuts, ten hole cherry red Doc's beneath cut-off jeans, right wing tattooos, Ben Sherman button down shirts, red braces ,yellow National Front laces, limited but effective vocabulary, serious intent to do harm )
Was also attacked by two youths with a half brick to the head, amazingly it didn't even hurt which kind of disarmed them.
Mrs EEjit threw the ham at me (a great shot) and so that's how I know it was 3lbs, I'd bought it earlier in Tescos .Really took me by surprise, knocked me half off the stool I was on. We had it later for dinner, lovely! She also tried to brand me (at a later date) with an electric iron but I was saved by the cheapskate short length Morphy Richards flex.

7) TRUE.. my accent/voice is so awful I try not to speak at all, choosing instead to communicate by meaningful looks , body language, telepathy and hieroglyphics.

8) TRUE... I really wanted the gravedigger job and was really disappointed.

9) TRUE...Was thrown clear and the bike went across the road under an oncoming car.

Whoopee! What an eventful life TFE! (Though how do you know what cat's wee tastes like?)

Oh darn! I should have guessed that! But I still think your accent is NOT awful, TFE.

So you were sporty spice! Excellent.
x

Trust it to be the simplest one of all that is not true ...and here was me/us (well, some of us ; )) going for the dramatic, unfathomable ones as not true...there is a philosophy in there somewhere, TFE...; ) Here's to more jam-packed adventures in lives then!

Beautiful, I made 10 guesses and my last one was the correct one! What are the odds?

Yay, this is so addictive. Loved the romance too - driving that amount of time for the temporary madness of love is just plain brilliant.

Does this mean you really are 108? If so, you could be my adoptive father!

oh poo... I was sure that anyone who keeps the worlds greatest blog could not possibly be athletic... like the sound of missis eejit, throwing a ham is inspired!
Should have guessed the age thing, mind you, reckon it's only a lie by a couple of years either way :0)

So, how old are you then? (Just curious.)
What did you do to deserve the hamming?

If you like the idea of being a gravedigger, there's nothing to stop you going freelance.

Stick a s small ad in the local Aldi and see what comes up. People could put their names down and pay in advance. You can do it for pets, too, as well as people.

Just don't forget your shovel, as the song goes.

Never mind her jib, Titus, you should see her jab! Marvelous Marvin Hagler woulda been proud!

Raph, A cat weed over my face while I slept(daytime) in a graveyard.

Jeanne, you is just a kind perso.Period.

More pathetic than athletic nowadays Uiscekateens.Mrs EEjit is all Ireland hamthrowing at a head champion.She does a mean Tea pot smashing too!

108 ,Kat. I deserved the ham throwing because I had the gaul to be alive and in the vicinity of Mrs PMT.

Blast it - so close... I just got too clever by far. Should have trusted my first instinct...gah.

You couldn't have done better Don@ Issa's untidy hut.Actualy you could, a whole lot better, but it would be rude to say sop! Yes I will be 48, one day, hopefully.

Heather! The daughter I never had!

this is fun, Beedler, and yes ya have to do crazy things when you are young and your legs are still working.

It's fatal to change your mind, D'Oub. Unless you're jumping off a cliff.

I've dug my own grave a few times ,Dominic.But I applied for the job back in the 80's.A six foot dig would be well beyond me now.Might manage a Gerbil though.A niche market, but still.....

1. Are you going to reveal your real age?
2. How do you know it tastes like cat wee if you have never tasted cat wee?

Answers on a postcard please! Methinks you are a bit of an enigma - is it intentional? Sorry, that makes three questions.

Aha! Knew it! Those pretty-boy looks gave ya away! Twas great craic tho'.

Yes,congratulations Argent, you got it right.And your prize is a free plane ticket to New York.But you have to pick it up from New York.

Yay! I'm packing my suitcase right away! Good job da unicycle is a folding one.

Of course you got brained with a ham and nearly branded with an iron! But 48? You? No way!

I was really glad to read these very very interesting things from you!

ok . just because Susan Sanford ans Aleph like you and Susan even told me about you , i decided to come to check you out .

Gosh, and I thought my psychic powers were on my side. 108?! Come on, how old are you really?

This was fun. I'm going to give it a whirl this week, too.